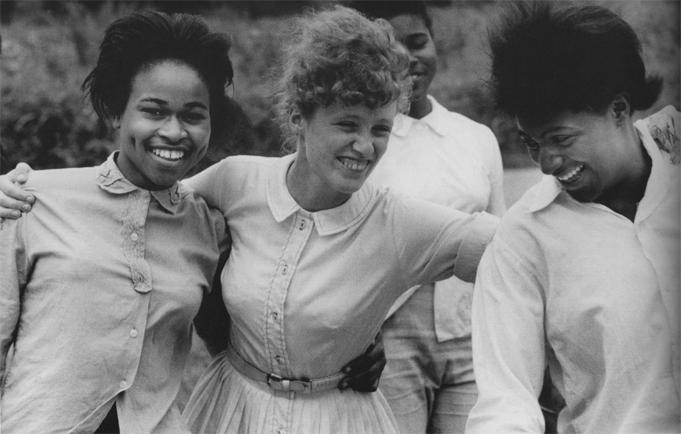 Freedom’s Ring: King’s "I Have a Dream" Speech 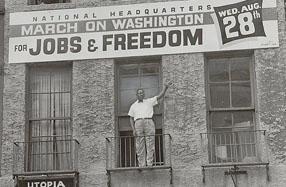 "March on Washington- Jobs and Freedom"

The preface of this digital archive is a bit different than most digital platforms.  The Freedom’s Ring: King’s “I Have a Dream” Speech database approaches the topic of the Civil Rights Movement as an interpretive platform for the viewer to experience. Created from The Martin Luther King, Jr. Research and Education Institute at Stanford University along with Beacon Press’s King Legacy Series, this platform demonstrates the power of love, faith, and the people through non-violent acts of justice.

Once the user clicks on the link to this platform, they will be brought to visual audio and interactive video of Martin Luther King Jr.’s “I Have a Dream'' speech as the first source of information the user sees. With this interactive speech, it goes through King’s famous words and metaphors with links and well-known phrases he has said and wrote down as the audio plays (“Freedom's Ring.” ). Concerning the Civil Rights Movement and the impact it has made on society, this gathering was for the people, specifically for the black population. The people involved, such as national leaders speaking in this as well as, travelers from all over the United States came to Washington D.C to witness this historic moment. This digital platform entails multiple sources of information regarding the impact of the Civil Rights Movement, specifically telling of the days leading up to this event, and what happened on that day in 1963, as well as, the impact afterward (“Freedom's Ring.” ). The creator of this platform educates the reader on why this movement and day in history was so important for Black people and their rights. Such topics covered include the titles of “A People’s Dream”, “Economic Justice'', “Historical Threads”, “Love and Faith”, “Making Democracy Real”, “Tactics of the Movement” and finally, “Tools of a Master Speaker” (“Freedom's Ring.” ). With these covered topics, the audience is educated about all the important aspects that include Civil Rights and justice for the black population. In addition, the creator gives the audience a knowledgeable source of information for them to use.

The famous speech of Martin Luther King, “I Have a Dream” became the symbol of this national movement across the United States and has been known throughout history for its use of metaphors and reference to the founding fathers, the bible, and descriptive struggles of the African American population (“'I Have a Dream' Speech”). This speech was spoken at the Lincoln Memorial in Washington, D.C in 1963 (“'I Have a Dream' Speech”). This specific database is associated and created from Stanford University, in California, which provides expanded access for all users.

The best way to access this information is to type in ‘Stanford University, Freedom Ring’s: King’s “I Have a Dream” Speech, which will bring the user to the correct link based on Stanford, for effective and reliable information. 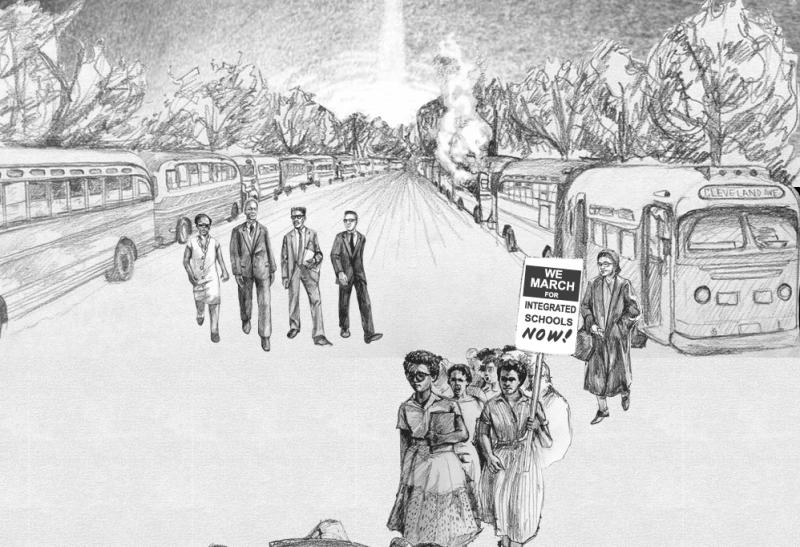 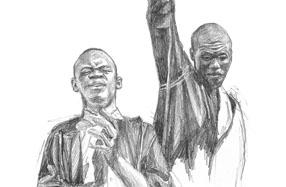 The portrayal and historical narrative of this platform expose multiple forms of documentation for viewers to consider. Composed of short videos, and educational context regarding the Civil Rights era, there are multiple documents such as photographs from the archives and newspapers, as well as videos explaining the importance of this movement to the audience. One of the most important documents on this website is the audio of Martin Luther King’s speech, “I Have a Dream”. The impact of having the audio as the first sound and visual the viewer sees creates a first impression and effective way to grasp the viewer's attention.

The quality of this digital platform showcases the effective research of information. The historical narrative and facts incorporated throughout this website stress a powerful and resourceful context for viewers. The quality of the images and videos exemplify creativity and express the need for the emphasis on social justice within the United States. Even in today’s society, acknowledging that these problems are still occurring is an important situation to be aware of,  unfairness and injustice. The audiovisual at a first glance provides the audience with a better conceptual framework to work with while viewing this information. The powerful words of Martin Luther King Jr. create a different atmosphere when the viewer is exposed to the historical document. Without a doubt, the strategic use of design within this website suggests a simple but effective attention grabber when the users first arrive on this platform. Though the index design showcases a simplistic format and is harder to find when the user first looks around on this website. As a result, with the sophisticated use of humble color schemes consisting of black, white, and grey, in addition to the photographs chosen, it provides an attention-worthy, but not overwhelming choice to learn from.

In association to relevance, this website provides an insight into historical information and facts about the importance of the Civil Rights Movement. Therefore, this highlights the work of Martin Luther King Jr. and the impactful speech he made in 1963 at the Lincoln Memorial ('I Have a Dream' Speech'). This website provides an important aspect to education and social justice because it contains videos that allow for easier the viewer to watch, rather than reading the information.

Overall, the use of the audiovisual when the user first clicks on the suggested link brings a different level of interaction and allows the viewers to actually see the words Dr. King spoke at the March on Washington. This database will take the user to an audio speech of "I Have a Dream", by moving around your mouse, the user can click on the index in the lower-left corner of the screen which will bring the audience to multiple other sources of information of the Civil rights Movement. The information and layout of this website allow for the audience to exhibit specific narratives based on the Civil Rights Movement that occurred. In addition, other features include answered questions regarding this topic that provides a more specialized area of interest for more inquiry.

This website includes a vast amount of material to help the user equate the relative context of Martin Luther King’s famous speech, “I Have a Dream”. Taken place at the Lincoln Memorial in 1963, this audio brings the user back to the historical narrative of 1963, where on this digital platform, the research is provided. The information and style of this website have been set up to permit the users to search and discover something new and valuable for the audience. Whether the user is browsing around or conducting their own research, the audience can utilize this information for their own advantage. Because of the interactive platform, the audio of King’s famous speech allows the user to become part of the experience. In relevance to social justice, the March on Washington in 1963 marked a historic day in history for civil rights. The importance for this event took place for the people, specifically, the Black population and ignited a new series of social, legislative reform, and especially, civic changes within the societal system. Therefore, this platform highlighted the struggles and success stories of the Civil Rights Movement.